I've been updating there!! 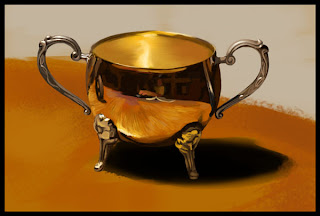 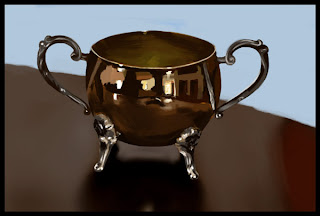 Old school gaming is the best! I cannot believe how many memories playing one game can bring back! It's like I'm reliving my teens all over again. Here's a story that almost made me go crazy:

Ok, I got hyped on an old game called Deus Ex (DX). I started up my super duper Special Edition at home. The last time I played this game was in 2001 and only got through the first mission (Unreal Tournament was released and it sucked the rest of my time, sad to say).

When recently playing through 3 of the levels (taking me at least 6 hours to complete because I checked out every detail), it was only the PREVIEW edition!! ARRRGGGGGGG!!!

On the DX high still, I had an OLD PC Gamer demo disc that included the Invisible War demo. I played that out for about an hour and really enjoyed the polished look and bug fixes. Although, I did notice that the voice acting was a tad turdish compared to the original DX.

I was so bummed I now have a full copy of the GOTY (Game of the Year) edition of DX and plan on taking a few nights off from Team Fortress 2 (hard to do) to play with this puppy.

I give props to PCG Podcast, PCG Fan Podcast, Vagabond, and Frost for subliminally and consciously creating a DX fan out of me after all these years. Thanks, I am throughly pleased. ;)

ALSO, I want to give some cred to some amazing games developed by the infamious Ben "Yahtzee" Croshaw.
Both are free to download and worth your time if you like any games at all. You can also catch Yahtzee's weekly wednesday game reviews here. Be warned though, high levels of obscene remarks, quick talk and foul language are ever so present in all his video reviews.

2nd traditional piece ever. This was done with acrylics. I love doing fliers and hate distributing them. Ha ha. Hello all. Yes I was away. I'm back now. Have been having a great time learning things and hanging out with people. Hope to get into the mode of creating/studying more. I cannot procrastinate!!

Here are some recent sketches. I hate it when a day is so unproductive that by the end of the day you feel as if you did nothing. Sorry for being so pessimistic, but optimism isn't in sight for me right now. Though at the moment I am feeling the urge to create which in fact is getting me excited.

This is how I would love my photography to be like. Goals are great, and inspiring.

Yesterday was so productive (in my art), that I believe it is making all other days look less enticing. Finished copy/studying (in 3 months) Bridgman's Constructive Anatomy from the first to last page. Now I will be starting Bridgman's The Human Machine. Whilst reading through the first chapter I can see already that this book is more instructional resources on how the body functions rather than a display of anatomy as in the former book mentioned. Hopefully these sketches will be uploaded or photographed for you to see in the near future. Not knowing too much information on how metal reflects or where the highlights reside, I attempted at creating a mech from imagination. Quite fun, actually and I hope to do a series. Someone requested what my home PC base looked like and for your viewing pleasures here it is. A humble establishment, although not as organized as I'd wish it to be. My second office is located in a Real Estate office. This clock gives everyone a hard time on figuring out the time. I took photos for my reference library. And this chair is quite lovely to look at as well. Sunrises and sunsets inspire me so much. The clouds here are the only thing that give them texture. In the first image with the cars, I had my Nikon D40 with me, but the battery died and I had to use my small Casio to capture what my eyes beheld.

Bah! Why do the Nintendo DS's have to be so darn cheap ($129.99 is the lowest price here). I don't want to buy one, but all my friends are doing it. And we all know how the old saying goes, "If your friend is doing it you should too." The thing with these DS's is that they have new user created programs which allow you to paint or animate.

Though once again my friend, Davi (from CA IRC chat), has awoken me to reality. Why would I need a Nintendo DS when I am practically in front of a PC 8 hours a day, 5 days a week. If I'm not on a PC at work, I'm on one at home. I can do far greater things with a PEECEE than I could ever do with a DS. Now if I were on the bus for 4 hours a day, I could maybe justify getting a DS to sketch with. Losing sight of my goal, to save for a laptop or MacBook Pro, would have been out of my reach and in the end I would have an old gaming console which would be out dated by the time I finish this blourp. Thank you Davi.

Moral of the story: listen to your friends... sometimes? Here's a speedy. I have been working hard at the assignment Fellah gave me. It is so humbling to not know anything about art, composition, etc. I just now know that I know how to copy good. Learning is humbling and exciting at the same time.

Be blessed.
interpreted by Matt Berger @ 8:31 AM 2 comments:

Another day another dollar. Or how the old saying goes, "kill two stones with one bird." Er.

Today has been quite inspirational. The people at Conceptart IRC chat have totally wasted too many of my hours, but inspire me nonetheless. I have managed to finish a speedy and sketch a few things on breaks.

Dusso has inspired me for the umph time and I cannot wait to have the skills necessary to blow people's minds. And even MOAR inspiration came when I watched a 3 part movie from Bobby Chiu. His videos make me want to be an artist and to seek out other artists to be friends with me. Such a lovely dude and his voice isn't too bad either. ;)

This is a redesign of QUAKE 1 by the artist named Prom and I found on DI.FM that new stations have been added. I have been listening to the "Heavy" station which includes hard electronica beats making you move to the constant beat if you know it or not.

I am also on a new assignment by my mentor, Simon Fellah. This one will be quite fun and I cannot wait to finish it.

Now it is time for hard studying of all things art/painting/etc. As much as I can fit in a day. Sometimes at night when it is 1am and I'm painting, I feel that excitement building up in my soul so much I believe it explodes. If that means anything. Ha! Keep drawing, never give up, and always look forward to the next day!!